I was left behind and Agony got me...


13 replies to this topic

The fleet was in a hurry and MOW comms are a f**** riot (I was asking for help to no avail). I knew there was an agony fleet around with some omens but I thought they would think I was some sort of bait and wouldn't aggro me.

Problem is that I'm stupid and as soon as I realized they could easily grab a kill and warp away, I was cloaked in the middle of a small gang with 3+ guys at the other side of the gate. I waited for the greatest number of red boxes as possible before jumping back. When I got to the other side there was 3 or 4 of them so I waited the cloak timer to get a little bit of shield and spammed our comms to get someone there to uncloak before I did (I was already in hull). Then I warped to some station with my ass on fire. 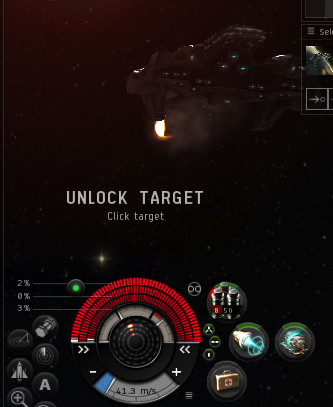 Wow at that screenshot. Never had a call that close before. That'll get your blood pumping!

Local dropped by one

I was actually warping trying to save the pod, I thought I was dead.

Ok students; when your target is trying to get away, this is why you have to scram your target BEFORE you activate your web.

Webbing freighters/capitals into warp is demonstrative of how much of a difference this makes in your actual time to enter warp.

Games are fun because of who you play them with.
If you're not having fun you're doing it wrong.

I was there. Our tackle was drawn away by a phone call. Yup, that's how you got away. Heh. Good job.


Fight them, sure.
Fight to win, always.
Just don't be dicks about it, as usual.

That actually explains it

Good stuff! Something went right (and wrong) when you get away with a hull on fire. "As always, speak softly and carry a big stick."

I was there. Our tackle was drawn away by a phone call. Yup, that's how you got away. Heh. Good job.

He called our tackler on the phone to distract him? Brilliant!

Local dropped by one

Cameron: The 1961 Ferrari GT250 California. Less than a hundred were made. My father spent three years restoring this car. It is his love, it is his passion.

Ferris: It is his fault that he didn't lock the garage.

could someone request that Sancho stop sucking ...

Nooo it wasn't me!

Fight them, sure.
Fight to win, always.
Just don't be dicks about it, as usual.

Wow at that screenshot. Never had a call that close before. That'll get your blood pumping!

Back to Public Chat
Reply to quoted posts     Clear