9 replies to this topic

We held a private PVP-BASIC class for members of RvB today. It was a lot of fun, I hope you all enjoyed it as much as I did! Ya'll were terrific!

As RvB is at war with Brave Newbies, we killed to war targets during the class today, and after the class a few of us went over to Raha and had some fun (attempting to) pick off some Brave Newbies, and some members of TEST who were fighting Brave Newbies. We ended up losing most (if not all) of our little ships, but we did manage to kill a couple of ships, too!

The big roam is tomorrow, so hopefully we'll find nullsec to be target-rich and make plenty of explosions. I'll write about the roam after it happens.

Meanwhile, below are the following pilots who graduated in today's class. If I am missing anyone, just post in this thread and I'll get it corrected. Thanks again for joining me today, really looking forward to flying with you all tomorrow!:

Was a good roam today, we didn't have to go very far to find fights and targets. All told, we traveled about 87 systems and we killed about 23 ships worth about 741,469,195. No big shiny kills today, but lots of little fights and one or two outright whelps

We had some real fun fights against a variety of opponents, who we thank for bringing the fights to us! 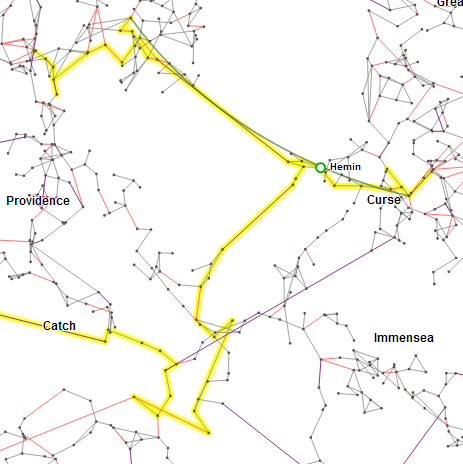 The only chance you get is the one you take.

Roc’s Rule #286:  A real friend never lets you do anything stupid … alone.

I've been with RvB for almost a year, and I thought I knew the ins and out of fleet fighting.

Your explanation - and demonstration - of how the Hydra fleet works was a pleasant surprise. I had no idea... (I know, I'm not the brightest Star in the night sky)

I never touch ECM - sounds a bit complicated and we hardly ever use them in RvB - but I flew an ecm Griffin in our low sec roam, and I loved it!

Maybe it wasn't the most glorius ecm moment when I jammed a Brave Newbie Badger, but still! - I flew an ecm ship! And the Badger was skinned!

Your efficient demonstration of the inefficiency of in-warp bookmarks was scary. They should be called unsafe-spots. You asked us to individually bookmark safespots, and in one group of pilots, 5 ships created the same safespot. My safespot was shared with 9 other pilots, and we all thought we had the safest of safespots. Instead of explaining, you just showed us - it never gets more efficient than that. Really brilliant!

That class was packed with information and knowledge and experience.

I'm sorry I couldn't attend the last part with scanning, because I sorely need that. I hope I can find a seat on one of your other classes to learn about scanning!

And I'm sure my Griffin would have made all the difference in that final fight against TEST. Just look at the BNI Badger!

Thanks, Greygal - I enjoyed that evening!

Criticism? Not much. I have a hard time finding 4 hours to play straight in a row (family life), so maybe classes should be shorter and distributed over more days. But I'm sure you've thought about this as you have thought about everything else.

A final note on the backwardness of this student. The teamspeak server has a choice of gender for voice instruction: male and female voice. When you first started speaking, I routinely changed the Teamspeak gender, but nothing happened! Took me a few seconds to understand my mistake :-)

So...I missed the fun. Had to leave before the class undocked due to RL stuff. Great to see the class was a success. Looking forward to the roam tonight...15 Griffins just got delivered to Berta, time to loose them all in a glorious fire.

Class
It was so much fun and the class was well put together! I really loved the whole bookmark part and how clever you can get with it (even with server ticks). The voice communication exercises were good too, especially if people are not used to call simple yet informative things, and it showed how fast you could clutter up the chat just by announcing less important stuff as well.
The only drawback may be the duration of the class as some of us are in a different time zone. One thing I think you should have went over in the class is the Tactical (CTRL+D) and the http://evemaps.dotlan.net/radar, since it's pretty damn useful for bigger fights and roaming.
I am looking forward to the roam today!

Roam
It was awesome even though mistakes were made! As a fairly new guy to EVE Online I felt that the fights were pretty damn intense. I have learnt a lot about basic roaming and PvP and it was totally worth the time.

People should definitely attend any future classes and roams.

Hi there just to say the course was a very professional presentation of basic PVP. I found the whole course for me very informative and FUN at the same time. (and i must remember not to talk in local sorry.) lol I look forward to taking more detailed course's with you. many thanks keep up the good work and thank you for your patience ONE100

Due to unforseen RL stuff i cannot join the roam in a little while... excuse me for that i would have loved to be there, hopefully can join one of your others later to respect your service, as the lessons were really helpful.

^ Malc you are a graduate now (as is anyone who attended the lecture) and are welcome to join any of our future PVP-Basic roams as an Alumni for free.

Had a terrific roam today with everyone! Thanks again for coming out and flying with us, we really enjoyed each and every one of you! I've updated the OP with a (very) brief recap of the roam.

The only chance you get is the one you take.

Roc’s Rule #286:  A real friend never lets you do anything stupid … alone.

First - thanks Greygal and friends for the class and roam, it's brilliant you guys give up your time to help us noobs out! The class was excellent. I'd covered some of the same stuff with my previous corp OUCH, but I think there was more detail here and I still picked up a ton of new stuff. I second what Star Juggler said about 'safes' which I will definitely regard as 'semi-safes' now and keep moving so thanks for that. The practical about rolling TAMs was great and should save a few deaths in future. For me the roam was the real eye opener - you guys move fast and the scouting role assumed a new dimension. The way you keep the fleet organised and looked for targets was impressive especially when we had a seperate Drake gang (who we were avoiding) and a frigate gang (who we were chasing) in the same system. Good to hear scouting done so well and I learned a lot from hearing that. I really like this style of fighting - fast fur ball of nasty ewar frigs vs bigger stuff and I like the way you talked about co-ordinating ewar to max effect. I learned some good info about spreading ewar to avoid stacking penalties and you got us thinking about good vs better targets for different types of Ewar too - all good. I often fly Maulus in RvB, but I'll try out TD's and train for Griffins now as well. Slight criticism would be that the class was perhaps too intense and might have been better split into 2 - it's a lot to take in. We could maybe have covered more on scanning then as well, but I appreciate that giving up 2 nights as apposed to just one 4 hour session might be the reason so hard to be too upset. Overall hard to fault and I appreciated the patience you showed to some dumb assery at times. Jake o7

. Agony classes are terrific, can't wait for my next one. The skirmishing class I think has been very valuable for me and has made me comfortable traveling in null